OPTIMUS AGRO. Stages of Development
OPTIMUS AGRO is one of the leaders among agricultural enterprises in Ukraine today. For many years the company has been in the top five processors and exporters of agricultural products, supplying them to more than 20 countries of the world.

According to company owner Anatoly Martynov, the main factors in OPTIMUS AGRO's success are profitable investments in processing facilities and modernization, the formation of an extensive elevator network, its reputation as a reliable business partner, and effective teamwork for over 25 years. 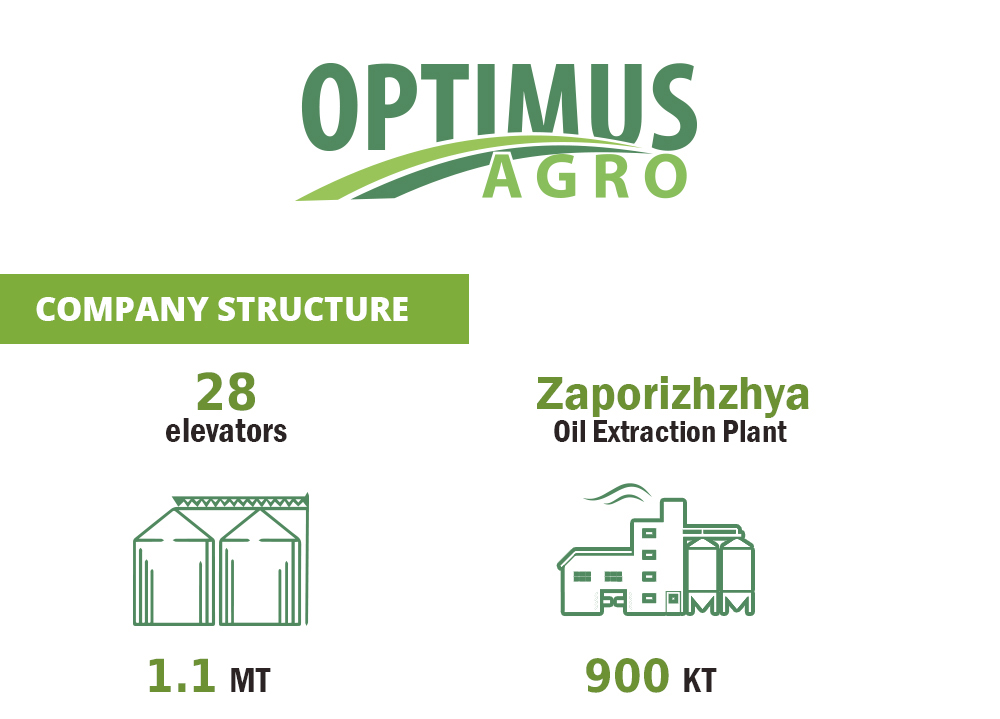 The company's activities began in 1994 with the sale and exchange of fuels and lubricants for agricultural products in Dnipropetrovsk and Zaporizhzhya regions. The main purchased goods were sunflower seeds, which were supplied to Zaporizhzhya Oil and Fat Plant (ZOFP) under a tolling agreement. The acquisition of controlling shares of ZOFP in 1997 was the result of successful performance.

OPTIMUS AGRO continued to develop and increased its turnover. Thanks to the purchase of its first eight elevators in 1999, the company generated business for the storage and sale of agricultural products. From this period onwards, the company began to show dynamic growth, maintaining the rapid pace of development enjoyed today. 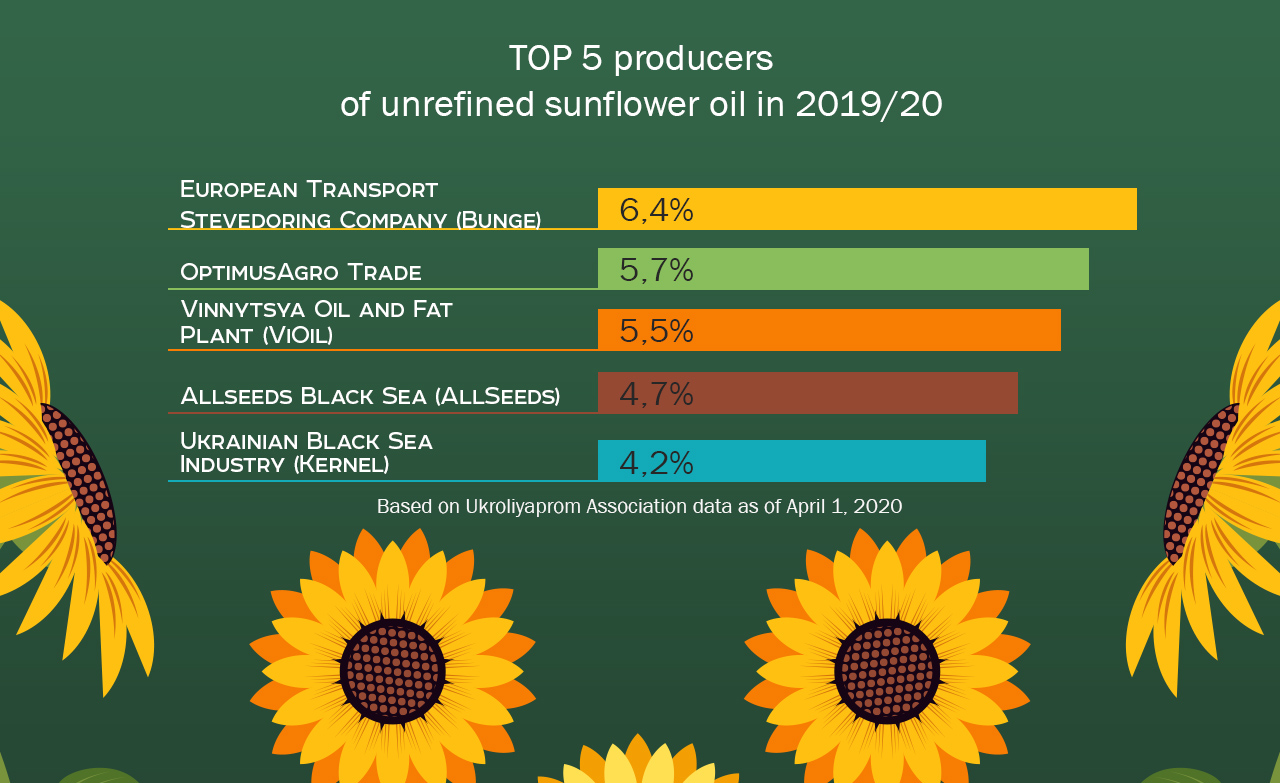 The company has long-term experience working with such agricultural companies as Agrotrade, Agrain, Freedom Farm International, LANDFORT, Ukrlandfarming and many other agricultural enterprises, as well as partners and buyers of products Cargill Ukraine, COFCO Agri Ukraine, ADM Ukraine, Glencore, Alfa-Trading Ukraine and other international and Ukrainian enterprises.

Soon, OPTIMUS AGRO plans to generate its own electricity at Zaporizhzhya Oil Extraction Plant, launch multi-processing, construction of storage tanks for agricultural products, sales of petroleum products to agricultural producers, and the development of grain trading.

Elevator business
The elevators purchased initially were intended to ensure the procurement and storage of raw materials processed at the oil extraction plant. Geography of elevators and logistic component were the main factors in their selection. 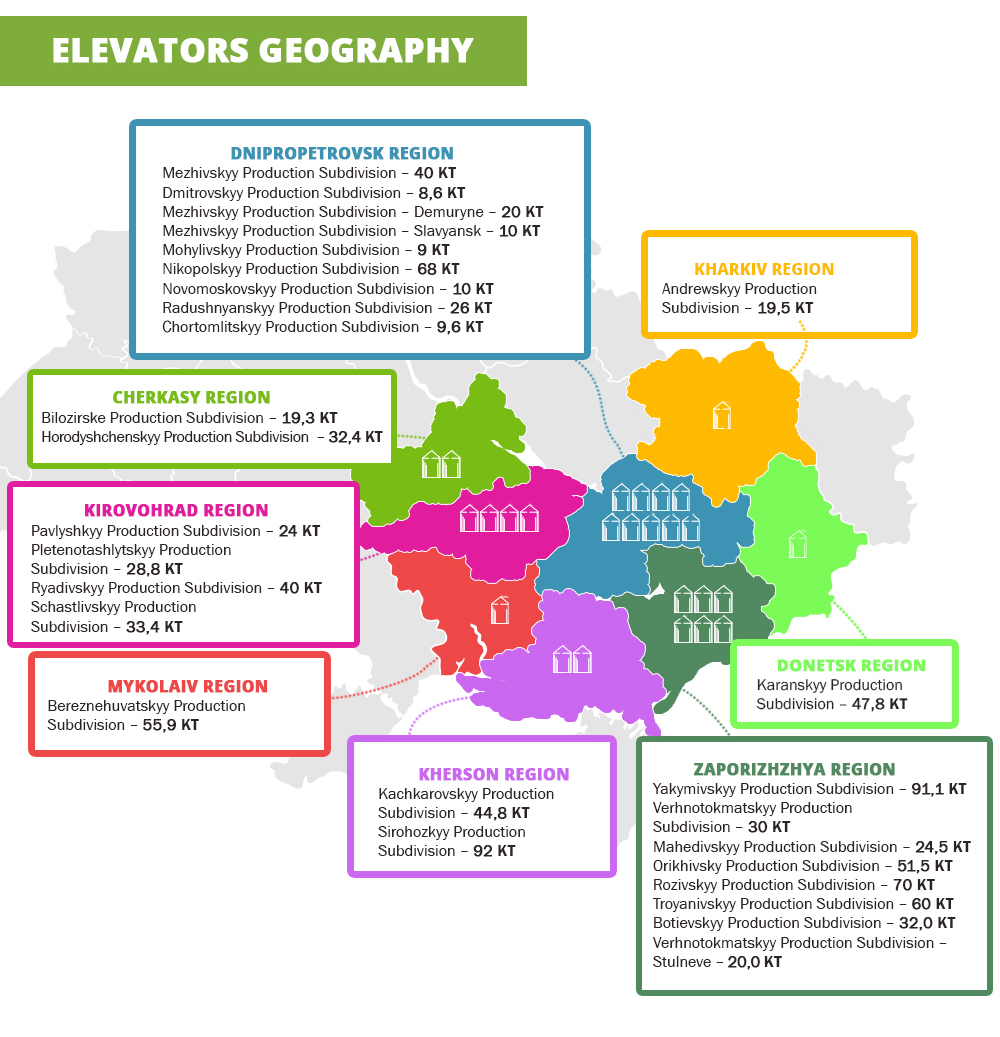 Today, the company has 28 grain elevators with a capacity of 1.1 mln t of the silo and floor storage. OPTIMUS AGRO elevators receive all crops. Each facility makes 2-3 turnovers per year. Practically all of them do route shipments, carried out mostly by railway transport. The company has contracts with the ports of Mykolaiv, Pivdenny (former Yuzhny), Odesa, Chernomorsk, Kherson and Berdyansk.


According to the head of the elevator division Maxim Konopatenko, the company's elevators are not subsidized and fully cover their operational activities and investments in modernization using their own profits.

We systematically buy separators, update transport equipment, bucket elevators and conveyors. We purchased railway scales for weighing railway transport with an 18 m wheelbase. This year we purchased two BSH-300 separators to reduce ragweed (ambrosia) in corn. In addition, the speed of routes dispatching will be increased in the near future." 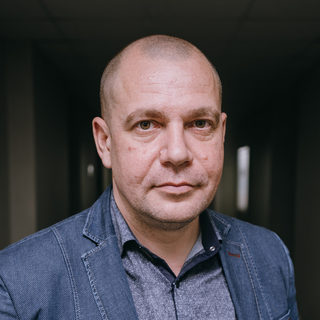 Maxim Konopatenko
Head of the elevator division
The main task of the OPTIMUS AGRO elevator business is to attract a larger number of customers by improving the quality of services provided and reducing their cost. To achieve this, the management is constantly working on improving processes at all stages: from receiving to shipment of agricultural products; modernization of equipment and costs optimization.

Raw material quality
Sunflower is the key raw material for OPTIMUS AGRO. According to Olga Zhigan, the head of the quality department, the company can accept any quality of raw materials and form shipping lots with stable quality indicators, thanks to its own elevators.

To determine the quality of high-oleic sunflower, the elevators are equipped with ATAGO portable refractometers, allowing performing express analysis of the oleic acid content in every single transport unit. In addition, after the formation of consignments, samples are taken and sent to the testing laboratory of ZOEP, which confirms the actual quality and content of oleic acid by an arbitration method.

OPTIMUS AGRO has developed and implemented a safety and quality management system for food products and feed. The company has been certified in accordance with the requirements of ISO 22000:2018, GMP + B2 (feed production) and GMP + B3 (sale, storage, shipment of feed). The production is also certified according to KOSHER and HALAL standards. All this enables the company to meet international requirements for quality and safety and to be competitive in the international market.

At this stage, Zaporizhzhya Oil Extraction plant has a processing capacity of 900 thousand tons of sunflower seeds per year and is included in the TOP-5 companies producing unrefined sunflower oil and meal in Ukraine. In 2019, we produced 368 thousand tons of oil and about 332 thousand tons of meal. This is, respectively, 5% and 2% more compared to the results of the previous year." 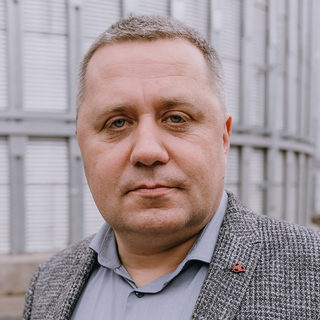 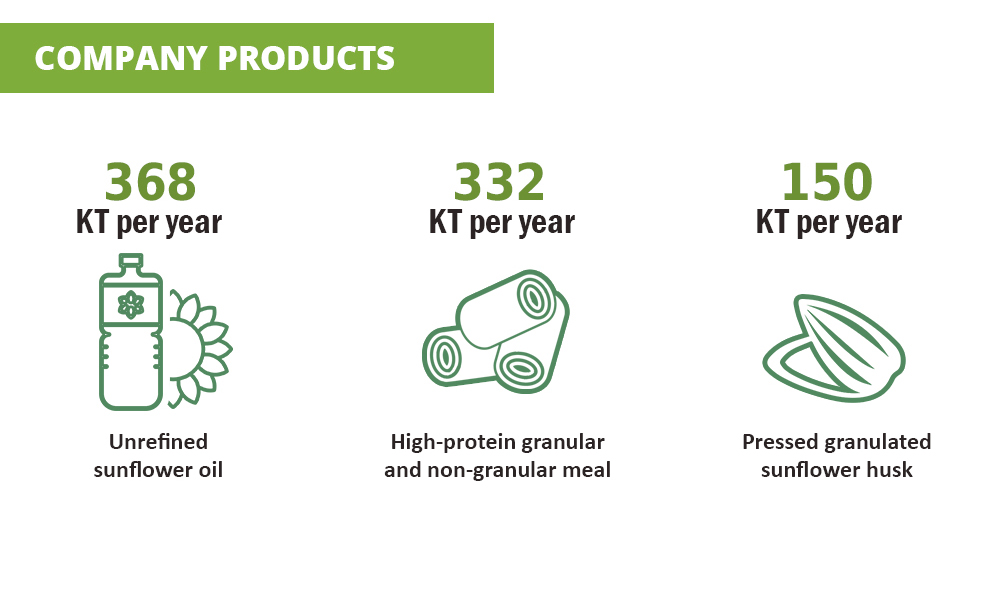 There are plans to reconstruct the old production, increasing the capacity to 1.2 thousand tons per day, which in total will allow processing up to 1 million tons of sunflower seeds per year. This modernisation will allow, in addition to sunflower seeds, the processing of crops such as rapeseed and soybeans. In 2019, the storage capacity of sunflower seeds at ZOEP was increased by 33%, two silos of 10 thousand cubic meters each were built with an additional truck unloader. The plant's latest plans include an increase in warehouses for storing raw materials and finished products up to 60 thousand tons.

One of the priority tasks for ZOEP is a full transition to its own production power supply.

"In 2015, a combined heat and power plant with a capacity of 50 tons of steam per hour was put into operation. Also, Howden back pressure steam turbine with a capacity of 4.2 MW was installed. In 2018, the CHP plant was modernized, Clyde Bergemann blowers were installed on two boilers to increase service intervals and obtain stable steam production with maximum productivity. In 2019, we modernized Polish steam boiler Rafako, which operated on a mixture of gas and husk, to burn only husk. And today we have 100% thermal energy produced from our own raw materials, thus natural gas has become a reserve fuel. A large-scale energy audit of the enterprise will be carried out this year to optimize energy costs and further increase the energy independence of the enterprise. We plan to implement a project to install an additional 3 MW condensing steam turbine." 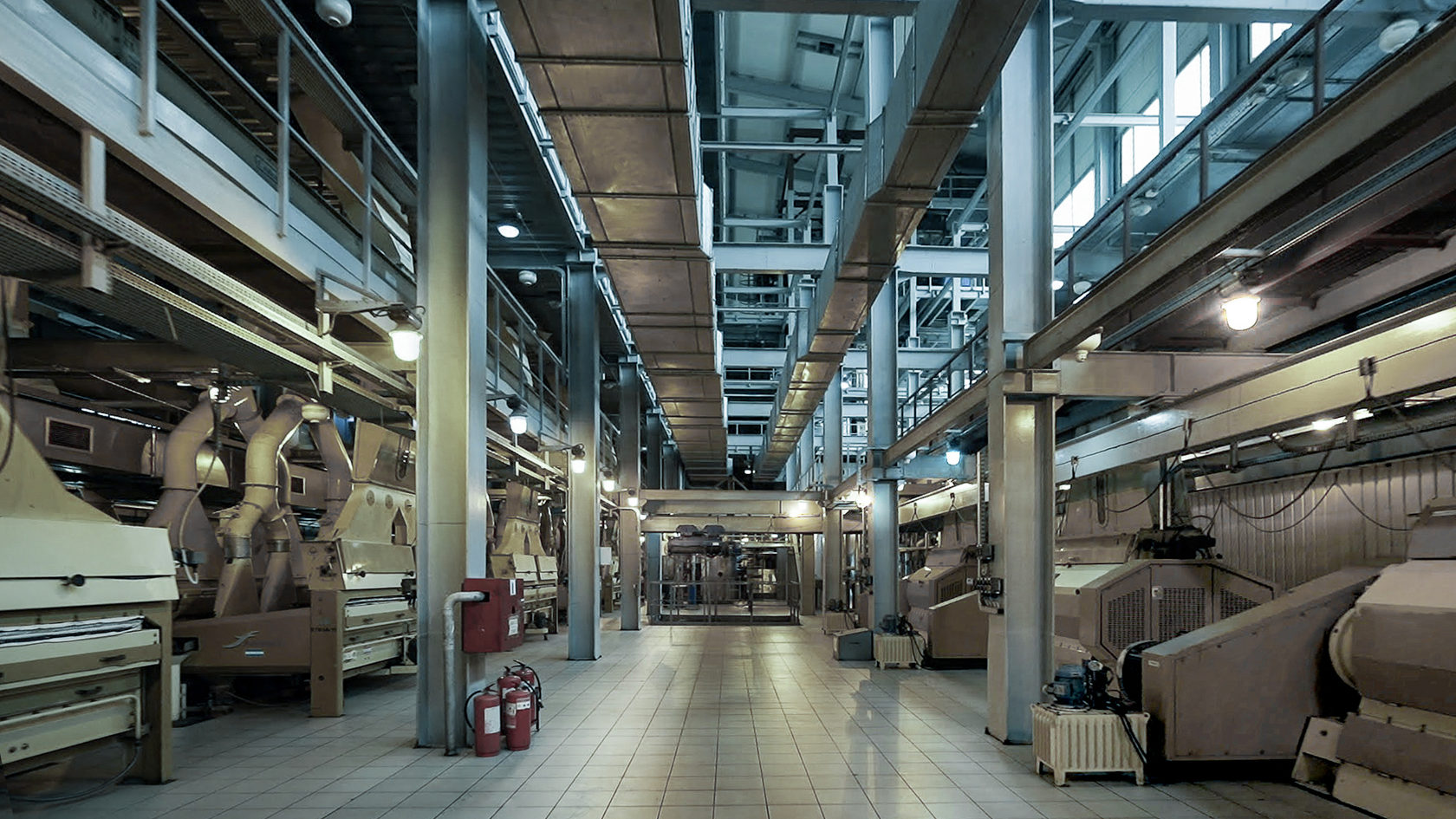 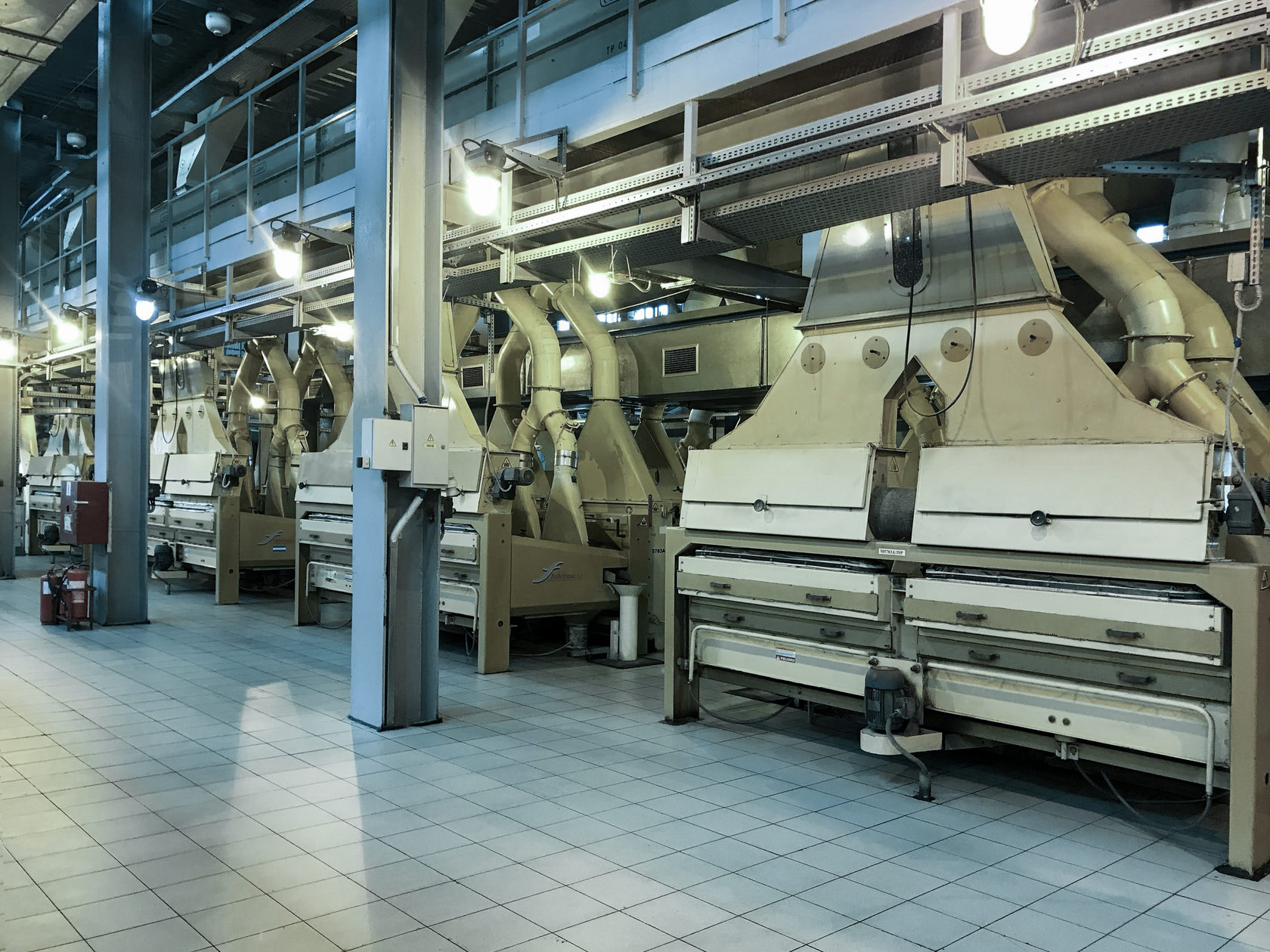 Raw material provision
According to the head of the purchasing department Valery Zhuravel, it is not an easy task to provide such a large-scale processing plant with raw materials. However, thanks to the well-coordinated work of commercial and financial departments, the department copes with this task. 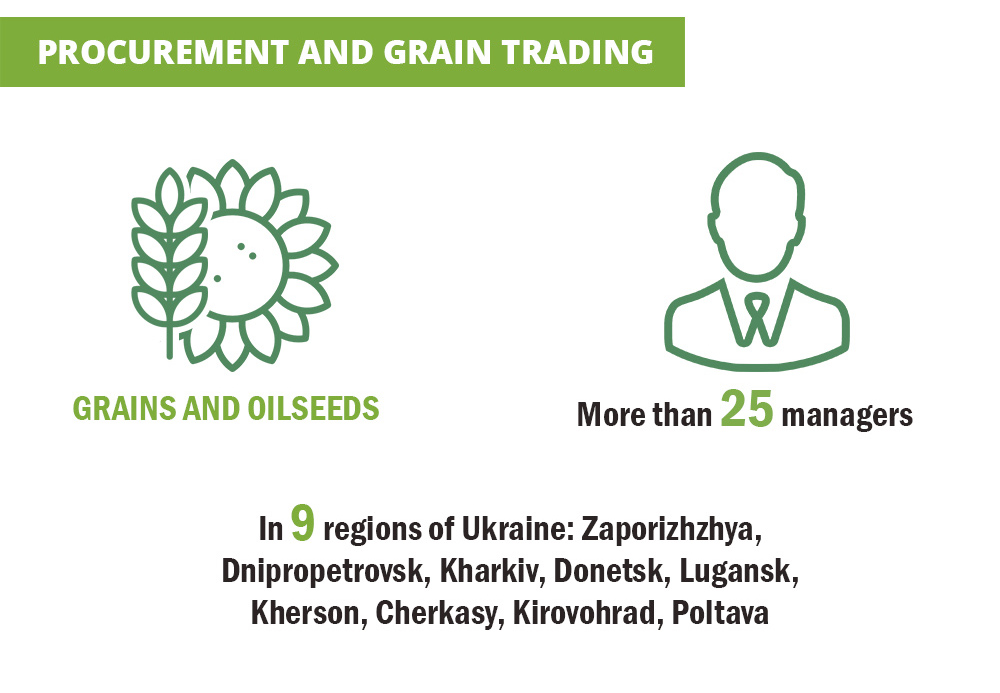 "The competitive advantage of OPTIMUS AGRO is the maximum attention to the needs of customers: the ability to determine the quality, the best price offer, fast payment and shipment of goods. In addition, an equally important factor of success is personal relationships with contractors, which have been built over many years of work and helped to create a reputation and gain trust among agriproducers. The procurement department operates at ZOEP, its own and third-party elevators, as well as agricultural producers' storage facilities. To increase the volume of purchases, we are expanding our customer database and actively making purchases under forward contracts." 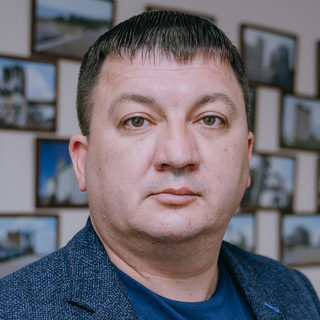 Valery Zhuravel
Head of the purchasing department
Today OPTIMUS AGRO works with about 1900 agricultural producers, while the volume of products supplied is not a determining factor. Purchases can be made in any batch, up to machine norms.

Products Export
OPTIMUS AGRO is an export-oriented company. In 2019, the export share was 84% of the total sales of products by the company. In general, this percentage fluctuates between 80-95%, depending on market conditions. The export geography of the company's products is quite wide. Unrefined sunflower oil is mainly shipped through Ukrainian ports to France, the Netherlands, Greece, Italy, Spain, India, China, Nepal, Qatar, the United Arab Emirates and other countries. Pelleted and non-pelleted meal (used as an additive to animal feed) is exported to Poland, Belarus, Spain, France, China, Malaysia, Myanmar, Vietnam, Thailand, Morocco and other countries. 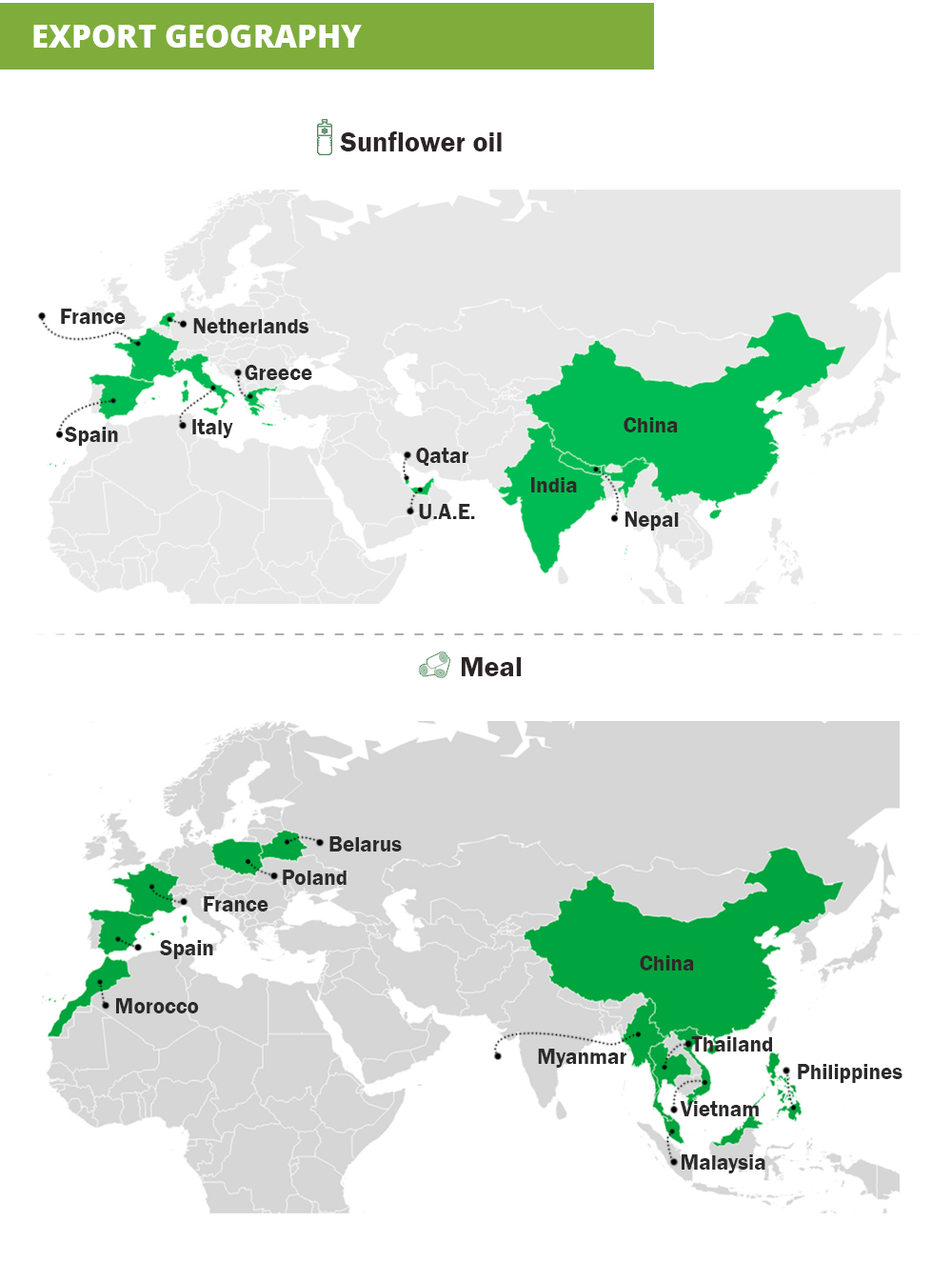 "This season we are using the possibility of transporting meal by the Dnipro River from Zaporizhzhya river port. It allows us to significantly reduce the cost of delivery of products to the end customer. Loading of containers directly at the plant with the subsequent dispatch of the "customs-cleared" container by road or rail to the port can rightfully be considered a promising direction for shipment of meal in the current season. We ship granulated sunflower husk (used as fuel) to Poland." 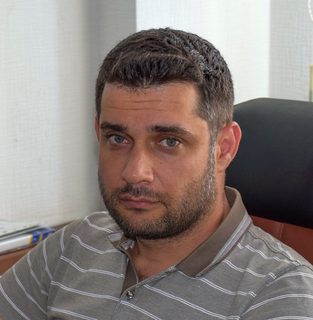 Sergei Grishin
Commercial director
Timely execution of both international and local contracts is one of the top priorities of OPTIMUS AGRO.

"The development of corporate strategy and general management of the company is carried out by the owner of the company, while my task as the general manager is to organize the efficient work of all structural divisions, to ensure the financial result and a positive environment in the team." 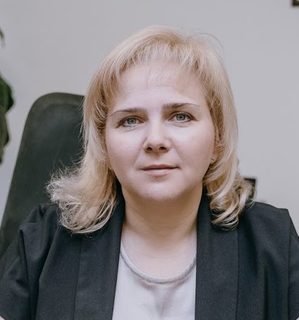 Elena Burkatovskaya
General manager
According to the general director of OPTIMUS AGRO, the professional work of the company's employees and the support of partners will allow the company to continue to maintain its leading position among agricultural enterprises in Ukraine.